Staff - New College Institute
You are here: Home1 / About Us2 / Staff 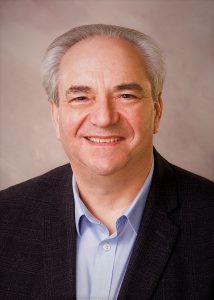 Bill Bolling served as a member and Chairman of the Board of Supervisors in Hanover County and then spent ten years in the Virginia State Senate. In 2005, Mr. Bolling served as Virginia’s 39th Lt. Governor alongside Governor Tim Kaine. He served a second term with Governor Bob McDonnell. 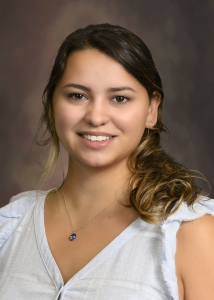 Kaitlin joined the NCI staff in June of 2019. As Communications Specialist, she develops creative graphic designs, advertisements, and publications. She supports NCI marketing and recruitment, media campaigns, and monthly publications.
She is a 2018 graduate of Liberty University where she received a Bachelor’s Degree in Graphic Design with a minor in Studio Arts.
She is an active volunteer with the Patrick Springs Volunteer Fire Department’s Ladies Auxiliary. 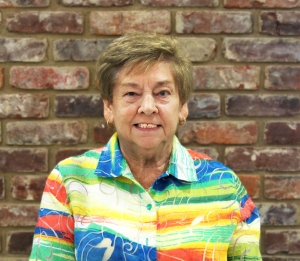 Janet is a part-time technology instructor who joined NCI in 2019. She earned her Associate’s Degree in Education at Patrick Henry Community College then transferred to Radford University to complete her Bachelor’s Degree in Library Science. She continued her education with a Master’s Degree in Educational Leadership at Radford University. She currently serves as a board member at PHCC, and she is a board member for VSTE (Virginia Society for Technology Education.) Janet is also and Apple Distinguished Educator. 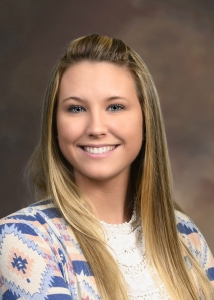 Stacey Davis joined the NCI Staff in July of 2018. As Customer Service Receptionist, Stacey’s responsibilities include providing exceptional customer service to visitors, clients, and students at New College Institute. Stacey comes to New College Institute with many years of experience, Stacey is currently the owner/operator of Infinity Dancewear. Stacey previously worked with PHCC as an Administrative Assistant for their Early Childhood Program and served in many roles supporting PHCC’s Patriot Players. Stacey obtained two Associate Degree’s in General Studies and Small Business Management with a major in Entrepreneurship/Small Business Specialization. 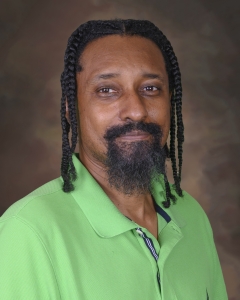 James Goggins joined the NCI staff in October of 2017. As a member of NCI’s Security Staff, James provides safety and security operations for NCI. He is responsible for maintaining security of NCI, and he routinely assists staff, students, and visitors.

James retired from Good Year Tire and Rubber Company after 26 years of service and served in the Army as a Unit Supply Specialist distributing equipment to trainees. He is a Chatham High School graduate. 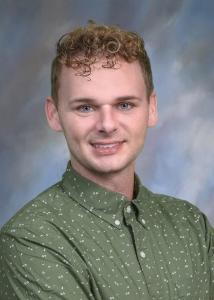 Shane joined the NCI staff in January of 2017. Shane brings over ten years of experience in customer service management to the NCI team. He previously serviced as an operation supervisor at StarTek and Fanueil, both located in Martinsville. He has a degree in supervisor management, an associate degree in human services from Patrick Henry Community College, and graduated with a Bachelor of Social Work through Longwood University at NCI in May 2018. After obtaining his BSW at NCI, Shane accepted a second job as the Healthcare Administrator of Edwards Adult Day Center where he assists older adults and adults with disabilities in the community of Martinsville. Shane volunteers with numerous nonprofits and community organizations including Edwards Adult Day Center and STEP Inc. (Solution That Empower People). 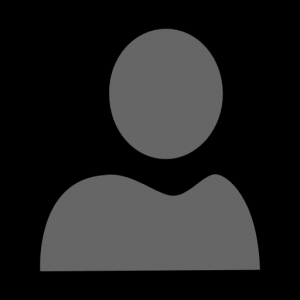 Rebekah Hughes serves as NCI’s Website Marketing Administrator where her responsibilities include managing the agency’s website and the continued development of NCI branding and marketing strategies.

A graduate of James Madison University with a Communications/Journalism degree, Hughes brings more than 20 years of experience in website development, graphic design and marketing to the NCI team. 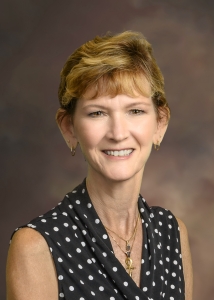 As Interim Executive Director, Jackson is responsible for supervising and providing leadership over all program planning, organizing, operating, and staffing.

Jackson served as Virginia secretary of technology from January 2014 through January 2018 under then-Gov. Terry McAuliffe, according to her resume. Among other things, she was responsible for overseeing the commonwealth’s information technology, making policy, working with the legislature and supporting innovation and entrepreneurship. She was instrumental in launching a number of nationally recognized programs, including the expansion of broadband availability in rural areas and luring Amazon’s HQ2 to Northern Virginia. 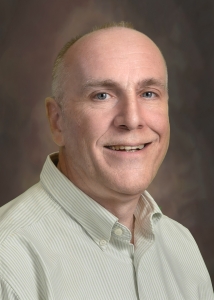 Steve Keyser joined the New College Institute staff in 2006 after working as a teacher in the Martinsville City Schools for more than twenty years. As part of the educational outreach team, he partners with local schools and community organizations to help them understand the value of a college education. Steve is a first-generation college graduate who earned a B.S. from Radford University and a M.Ed. from the University of Virginia. He has been a teacher, coach, and community advocate during his career in education. He currently serves as President of the Chamber of Commerce Education Foundation, member of the Henry County Career and Technical Board, and member of the Board of Trustees for Boys Home in Covington, VA. Steve is an active member of Christ Episcopal Church in Martinsville where he serves on the mission committee. 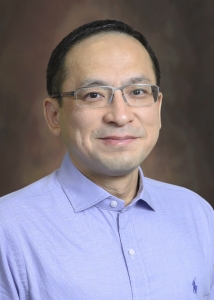 As Manager of Technology Integration, Teh-Way Lee oversees NCI’s IT Department, assists staff in technical issues, and updates NCI’s technology. He was previously employed at Henry County Public School for almost 20 years as Systems Administrator where he was also the Director of IT and the IT supervisor.

Teh-Way earned his Associates Degree in Information Systems from Mackenzie Presbyterian University and his undergraduate degree in Computer Science from Radford University. He is fluent in English and Portuguese and proficient in Chinese. 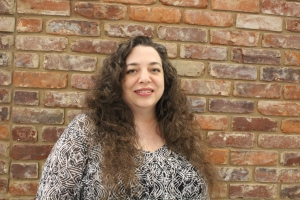 Terresa comes to NCI with a combined 30+ years of experience in customer service and business management. Her responsibilities at NCI include providing exceptional customer service to visitors, clients, and students. She also enjoys doing various projects for the staff.

For Terresa, art and education are the corner stones of life. Some of her most cherished classes and experiences have been through various art mediums. Before moving to Martinsville, she owned and operated an art studio where the focus was free expression of creativity. She is also a classically trained Chef. 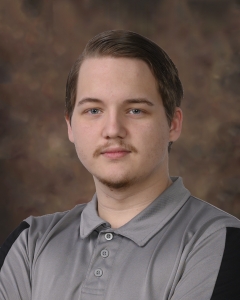 Trevor joined the NCI staff in July 2019. Trevor facilities instruction and workforce training sessions for all equipment in the Center of Excellence. He interacts with local industry in a public setting through outreach, oversees the maintenance and organization of the Center of Excellence, and ensures that industry expectations are delivered to the trainees. Trevor is able to develop and teach courses as a trainer and consultant to local industry. 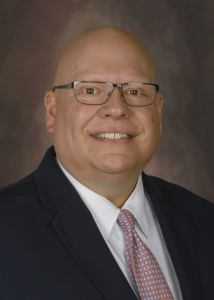 John has an extensive background in health care administration and strategic planning, including roles as Chief Operating Officer for Culpeper Regional Hospital and Memorial Hospital of Martinsville and Henry County (now Sovah Health – Martinsville) as well as Chief Executive Officer of Central Carolina Hospital. John earned his undergraduate degree from the University of Oklahoma before going on to earn a master’s degree in human relations and later a master’s in health care administration. An active member of the community, John is involved with various volunteer activities and organizations. 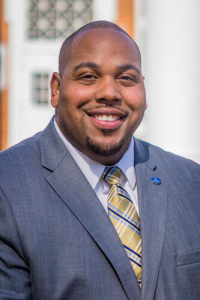 Chris McDonald serves as the Student Engagement Specialist and helps NCI expand and maintain the number of students participating in academic programs (including the Online Virginia Network). McDonald is responsible for making contact with prospective students, assess their interest and qualifications, and assist with program identification, application, financial aid, and matriculation. McDonald measures outcomes through data collection and analyses, meetings with partner institutions, community organizations, as well as high volume outreach and meetings. 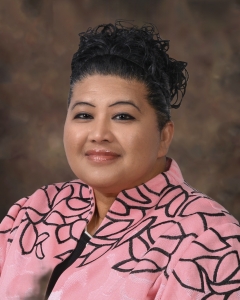 As Human Resources & Board Relations Coordinator, Chris oversees the agency’s human resource activities, services, policies, procedures, requirements, and needs in accordance and compliance with the Commonwealth of Virginia’s Department of Human Resources Management (DHRM) and contractual agreement with DHRM’s Shared Services Center to ensure a positive culture and effective delivery of Human Resource services. Board relations responsibilities include polling, coordination of meetings, taking minutes, and assisting with Board member travel related paperwork. Other duties include coordination with fiscal department on grant information, completing required forms and assistance with facilities maintenance and operations including developing and implementing operational policies and best practices. 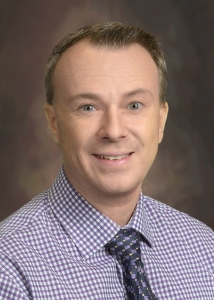 Prior to joining the NCI team in 2018, Ryan worked in a similar capacity at the Landmark Group, LLC in Stuart, VA as Corporate Director of Marketing & Community Relations. Born in Utah and then moved from state-to-state as a military dependent, Ryan finally settled in his favorite state of them all – Virginia. Here he has dedicated his entire professional career working for organizations all over the Commonwealth including the Food Marketing Institute in Arlington where he served as Director of Marketing. Ryan brings to NCI a wealth of knowledge and experience in outreach, collaboration, marketing campaign management, and strategic marketing planning. In 2016, Ryan along with his wife and son traveled across the U.S. visiting more than 100 National Parks during the centennial of the National Parks Service. Ryan graduated from George Mason University with a B.S. in Marketing. He is fluent in Spanish. 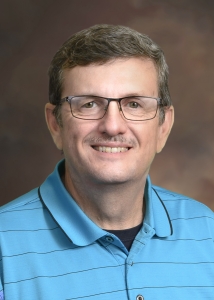 Brian provides and coordinates specialty training in advanced manufacturing and performance film. Brian develops, implements, and evaluates the NCI Center of Excellence program with a focus on preparing participants with industry recognized credentials in demand by local and regional employers. 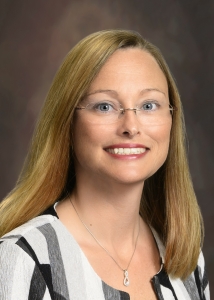 Christina joined New College Institute in 2011 after working for The Harvest Foundation for seven years. At NCI, she focuses on needs surrounding accounting and finances, but she also brings experience in various areas of operations. Christina is a first-generation college graduate who earned a BS in Accounting from Averett University. In addition, she has completed several continuing education courses and various other training classes and leadership training. 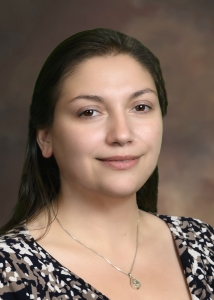 Joann joined NCI in 2018. She provides operational support with the fiscal, human resources, grant management, and procurement areas to ensure continued and effective operations for NCI. Joann participated in the NCI intern program and is a first generation college student who graduated from Patrick Henry Community College with an Associate’s Degree in Accounting. Joann volunteers with the local United Way, the Virginia Museum of Natural History, and fundraises for the Mycocarditis Foundation. 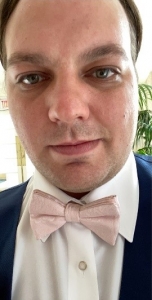 As the Event and Facility Coordinator, Brian Stanley provides administrative and office management in the daily operations of NCI, and organizes and collects data to capture strategic planning goals and outcomes. Job responsibilities include providing day-to-day management for all academic class scheduling and space assignments at all NCI locations, as well as coordinating and facilitating all NCI events and assisting in various areas.  Brian manages and facilitates the LIFE program and supervises all part-time Customer Service Receptionist positions. 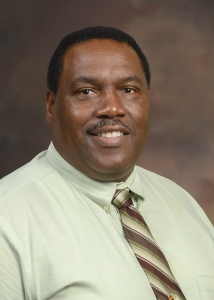 After retiring from the Martinsville City Police Department as Captain over Patrol Division with 33 years of service, Marshall Thomas is now the security supervisor at NCI. He is also a graduate of Patrick Henry Community College with a degree in Administration of Justice. Marshall is active in the community and enjoys coaching baseball, football, and basketball. 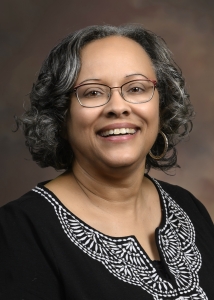 Joining NCI in 2018, Joni brings over 20 years of experience in customer service and finance to the NCI team. She has a BA degree in Mass Media Arts and a minor in Journalism from Hampton University. Joni is an active member of Oak Hill Cathedral of Glory Church.